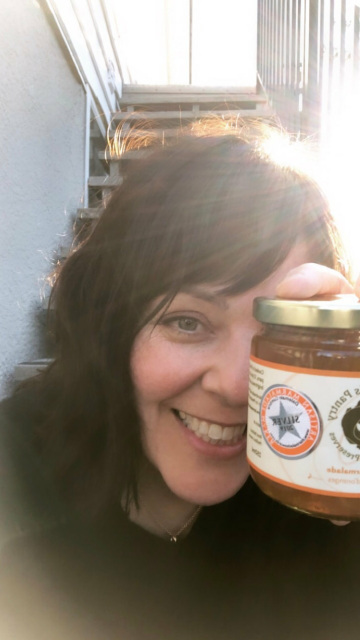 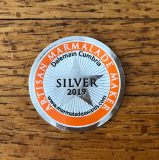 An award winning marmalade! For the first time ever I entered a competition with my orange marmalade. I won the Silver Award from The World's Original Marmalade Award in Cumbria, UK.I was competing against 40 other countries and hundreds of jars of marmalade. I feel really honored to share this little gem with you.

A rich thick-cut marmalade made with organic oranges make this preserve a refined classic.

With the competition receiving over 3000 entries from around the globe, this Award proves that their marmalade really is world class.

Le Meadow’s Pantry from Vancouver BC has just scooped a Silver award in the 14th World’s Original Marmalade Awards. Le Meadow’s Pantry won one of the marmalade world’s most prestigious accolades for its Orange Marmalade (Silver Award) and Grapefruit Smoked Sea Salt Marmalade(Commended Award) in the Artisan competition, which impressed judges with its appearance, colour, consistency, aroma and flavour.

Although storms have been hitting the UK all week, the Festival went on in glorious orange

for the 2019 Marmalade Awards, which are held annually at Dalemain Mansion in the Lake District,and to share in the orange glow generated by the Awards. Over 40 countries competed in this year’s marmalade competition, which received entries from as far afield as Colombia, Kenya,Ecuador, Japan, Hong Kong and Australia.

Owner Genevieve Blanchet said she was delighted to win the award: “I am so pleased to have won this award against such strong competition from all over the world. I have been making my marmalade for 6 years and have always thought that it is some of the best marmalade I’ve ever tasted, so it’s nice to have the Award to prove it! I’ve got my French copper preserve pans at the ready to make lots more jars so please come and try it at the Vancouver Farmer’s Market, Whole Foods Market, La Grotta del Formaggio and several other stores throughout BC!”

The Artisan judges for 2019 were a prestigious panel of food industry experts, including Fortnum & Mason grocery buyer Sophie Walker, Waitrose consultant and chocolatier Will Torrent, Thursday Cottage founder Pam ‘the Jam’ Corbin and longstanding Awards patron Dan Lepard, food writer and baking guru.Jane Hasell-McCosh, founder of the Awards, said: ‘It has been a joy to announce this year’s winners,who are all masters in the world of preserve making, and fantastic to welcome people to Dalemain from all around the globe. Every year the number of international entrants and visitors grows, and we are soprivileged in such polarising times to be part of something that truly unites people. A love of marmalade,citrus, and food heritage has brought together so many people and it is truly wonderful to welcome friends old and new and to see our marmalade community grow. The winners this year have been some

of the best we have ever tasted, and we are sure they will go from success to success with their

around the world. This year’s key beneficiary is once again Hospice at Home Carlisle & North

Lakeland, and to date the Awards have raised over £250,000 for palliative care around the world.

The event this year was supported by Cumbria Chamber of Trade and Commerce, who provided

Cumbria’s Classic Coaches including a Route Master to take visitors to and from Dalemain, as well as organising lots of orange shop windows and exciting offers in the town.

What are the Awards?

The World’s Original Marmalade Awards were founded in 2005 to help to preserve, grow and widen

one of the most British of customs – marmalade making. From small beginnings they have grown

into an internationally renowned and highly acclaimed event, with support from leading companies such as Fortnum & Mason, The Worshipful Company of Fruiterers and Paddington Bear.

to get involved. In 2018 almost 3,000 jars of marmalade were sent from countries as far away as

South Korea, Botswana, Japan, Australia and the Philippines, while the Artisan Marmalade

competition has helped to promote small producers around the world. Judged by a small panel ofexperts, Dalemain roundels denote marmalade of exemplary quality.